Wouldn’t it be better if self-checkout just died? 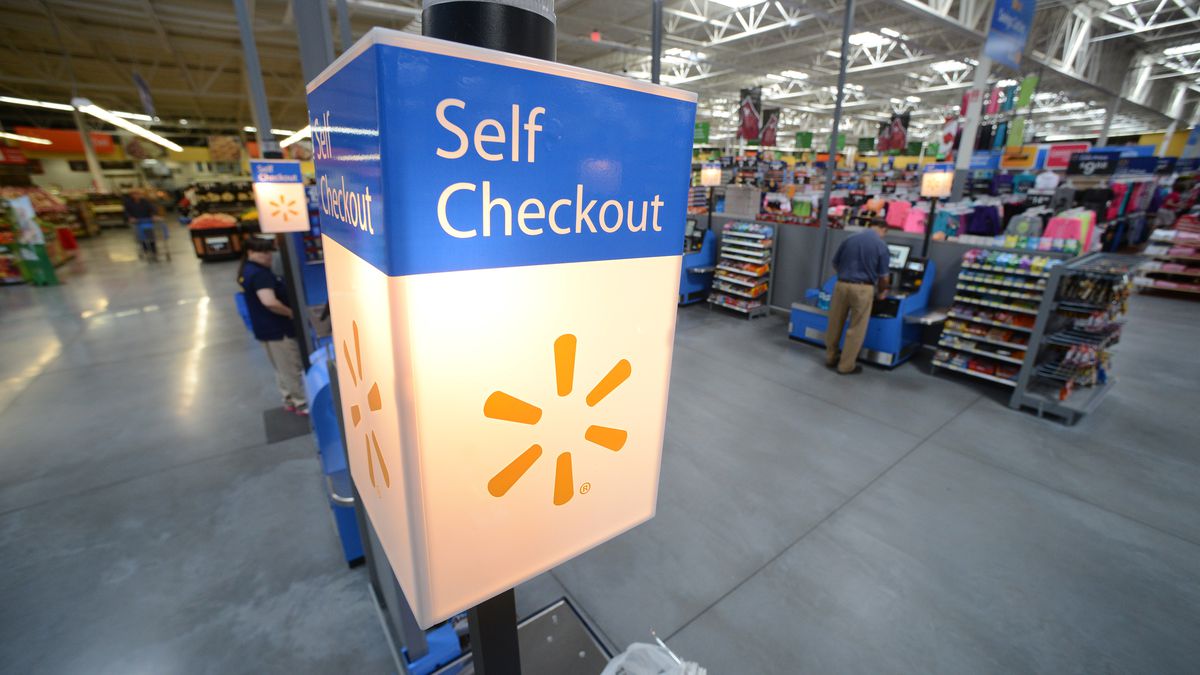 Wouldn’t it be better if self-checkout just died?
Yes! Because you won’t like what it spawns next.

Rochester, New York, is a notorious model of terrible urban planning and idiotic corporate sponsorship. On the underdeveloped side of the Genesee River, next to the bus station, sits the “National Museum of Play,” an odd institution founded by Margaret Woodbury Strong — a Rochester native who inherited millions of dollars and used it to collect thousands of dolls.

The museum has rotating exhibits, but its centerpiece is an elaborate model of a Wegmans grocery store, sponsored by Wegmans, which is owned by the Wegmans family, which is the area’s sole billion-dollar dynasty.

It’s so fun. Pretend to work in a grocery store? Pretend to have money? Pretend you alone are in charge of what you eat and all you are going to eat forever is Cinnamon Toast Crunch and alphabet soup? Amazing.

But (for me, at least) that was the late ’90s. Far from novelty or spon-con child’s game, self-checkouts pop up everywhere now: at the new Target in Barclays Center where I buy my useless seasonal objects and knockoff Urban Outfitters clothes; at the CVS where I buy my disgusting seasonal candy; at the Panera Bread where I buy a seasonal autumn squash soup and half a grilled cheese. I’ve heard they are in grocery stores throughout the city, but I refuse to look.

I saw a self-checkout in the Urban Outfitters in Herald Square and almost called the ACLU: Some lucky employee sits on a stool near the self-checkout stations and does nothing but remove ink tags from things before you buy them? Sure. What is a person if not just a slightly more dexterous arm than the ones that robots so far have?

Blessedly, I am not alone in fearing self-checkout. John Karolefski, a self-proclaimed undercover grocery shopping analyst who runs the blog Grocery Stories and contributes to the site Progressive Grocer, tells me, “I’m in a lot of supermarkets around the country. I watch people. I can tell you that I’ve been in stores where the lines that have cashiers are very, very long, and people are a little upset, and there are three or four self-checkout units open and nobody is using them.

“Wouldn’t the shopper be better served, customer service improved, if those weren’t there?” he asks. I’m not arguing. “Why do I want to scan my own groceries?” he asks. I have no idea! “Why do I want to bag my own groceries?” he asks. An equally reasonable question with no reasonable answer. The simple solution, he points out, would be to hire enough cashiers to serve the number of customers that typically shop at the store. I agree, and this seems very obvious.