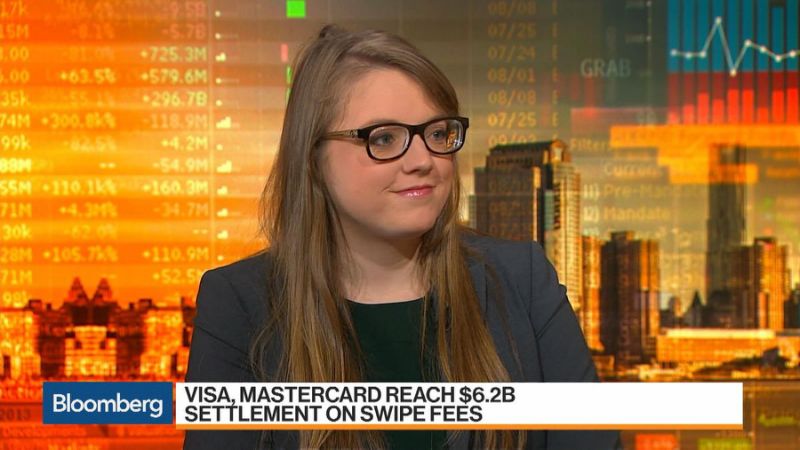 -Amount is in line with funds set aside to cover the lawsuit
-Large merchants likely to opt out of settlement again: lawyer

A record $6.2 billion settlement won’t be enough to end Visa and Mastercard’s long-running feud with the U.S.’s biggest retailers.

In the largest-ever class-action settlement of a U.S. antitrust case, Visa Inc. and Mastercard Inc. agreed to pay between $5.54 billion and $6.24 billion to a class of more than 12 million merchants who accept the payment networks’ cards, according to a regulatory filing on Tuesday. The total is in line with sums the companies previously set aside to cover the costs of the litigation.

But retailers are gearing up for the next round in their fight with the world’s biggest payment networks. Tuesday’s settlement addresses only monetary damages associated with the lawsuit. There’s a separate class of merchants fighting for changes to Visa and Mastercard’s business practices.

“The monetary settlement doesn’t solve the problem,” Stephanie Martz, general counsel for the National Retail Federation trade group, said in a statement. “Ending the practices that lead to these anti-competitive fees is the only way to give merchants and consumers full relief once and for all.”

The card networks’ dispute with retailers began in 2005, when Visa and Mastercard were still owned by banks. Merchants had accused them of violating antitrust laws by illegally inflating swipe fees, or interchange, that merchants pay on every purchase transaction and which banks use to fund consumers’ credit-card rewards. The two payment networks have since gone public — Mastercard in 2006, and Visa in 2008 — and their shares have soared.

Swipe Fees
As part of the payment for Tuesday’s settlement, Visa and Mastercard will use shares owned by banks including JPMorgan Chase & Co., Citigroup Inc. and Bank of America Corp. The lawsuit is one of many flashpoints in the battle between retailers and financial firms over the $90 billion that U.S. merchants spend every year on swipe fees.

“After years of thoughtful negotiation, we are pleased to be able to reach this agreement and move forward in our partnership with merchants to provide consumers convenient, reliable, secure ways to pay,” Kelly Mahon Tullier, Visa’s general counsel, said in a statement included in the regulatory filing.

Throughout the litigation, merchants have said that lowering the amount they pay in swipe fees will also benefit their customers in the form of lower prices. Interchange has become costly for retailers with thin margins, said Mitch Goldstone, president and chief executive officer of ScanMyPhotos.com, one of the suit’s most active plaintiffs.

“Although, like any big industry, change comes more slowly than many would like, we already see changes as a result of the earlier” settlement, Goldstone said in an emailed statement. The litigation has “helped fix a broken system and recover billions of dollars for millions of class members.”