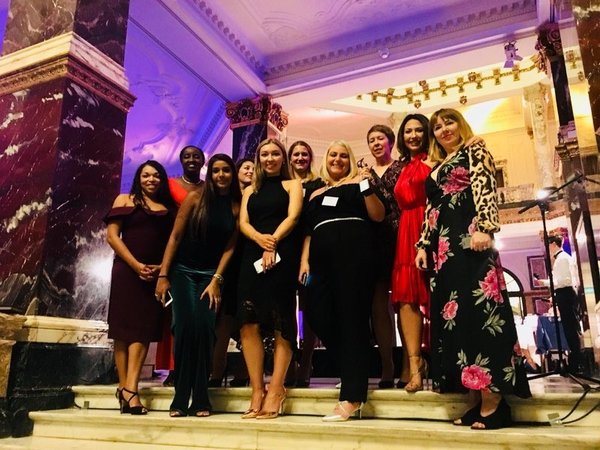 Multiple award wins for Paysafe’s female leaders around the world

Multiple award wins for Paysafe’s female leaders around the world

London, UK – Paysafe Group (Paysafe), a leading global payments provider, has been enjoying a formidable run on the awards front as its female leaders around the world earn high profile recognition for their inspiring leadership and focus on diversity and inclusion (D&I) in the workplace. The company also picked up a coveted ‘Pink Chip Employer’ award in Europe this week in recognition of the positive working environment it has created for its female employees.

Paysafe’s recent award successes follow heightened investment and focus on a new, global diversity and inclusion program personally sponsored by CEO, Joel Leonoff, which targets providing all Paysafe employees around the world with equal career and growth opportunities. An early priority of the program has concentrated on creating greater gender parity and introducing initiatives to support the career development of females who are frequently under-represented in the most senior roles in the payments industry.

The female awards success kicked off over the summer when UK-based, CEO of Merchant Acquiring, Europe, Andrea Dunlop was named winner of the ‘Woman in PayTech’ award for her distinguished leadership and inspiring work in the UK’s financial and payment services industry. Last week, Andrea was also ranked sixth in the PayExpo Payments Power 10 list which recognizes the top contributors in the industry. Claire Gates, CEO of Paysafe Pay Later, Paysafe’s pay by installment or invoice solution, was also shortlisted for the ‘Woman in PayTech’ award.

This recognition was followed by further wins in North America when Tara Wilson, General Manager of Paysafe Group’s Income Access picked up a ‘Women of Inspiration’ award presented by the Canadian Business Chicks in the SupportHER category. Tara was recognized for being an empowering woman within the industry and organization. And in the last few days, she was also recognized for her leadership efforts by being named finalist for the Female Executive of the Year in Canada by the 15th Annual Stevie® Awards for Women in Business; the winners are to be announced next month.

Melissa Pauléat, Paysafe’s Vice President of Corporate Marketing was recognized last month in the Making Waves award by Wnet (Women’s Network in Electronic Transactions) award category for exemplifying outstanding leadership and encouragement to Wnet members, a premier professional organization for women in payments. Melissa also picked up a second Wnet award for ‘Linkup Event of the Year’ on behalf of a team of Paysafe ladies in Montreal who organized a successful networking event for female leaders based in the city.

In addition to the individual awards, Vickie Laurendeau, VP of HR in Canada, who is responsible for managing the new global D&I strategy at Paysafe, picked up the 2018 Parity Certification by the Women in Governance body in September on behalf of the company. The certification recognizes companies who are driving parity in the workforce, and Paysafe Canada was one of only 30 Canadian companies to be accredited. In Vickie’s words, ‘it was important recognition for the strategic focus Paysafe is putting on its global D&I program.’

And this week, Paysafe received further recognition from the European Women in Payments Network (EWPN). Winning the overall Pink Chip Employer Award for successfully demonstrating it was a great place to work for female employees based on its policies and environment, Paysafe’s Laura Murphy, Senior Legal Counsel also won the Young Innovator Award and Esra Erbas, Head of BCM and Disaster Recovery, was shortlisted for the Positive Trouble Maker Award in recognition of being a ‘go-getter’ and promoting diversity & inclusion in the industry.