“Alipay, the payments app operated by Alibaba affiliate Ant Financial, has struck a partnership with UEFA, Europe’s soccer governing body, the two firms announced Friday.
The eight-year deal will see Alipay accepted at venues where UEFA-sanctioned soccer matches and tournaments are taking place, including the Euro 2020 and Euro 2024 championships.
Alipay is one of the biggest mobile payment services in China.” 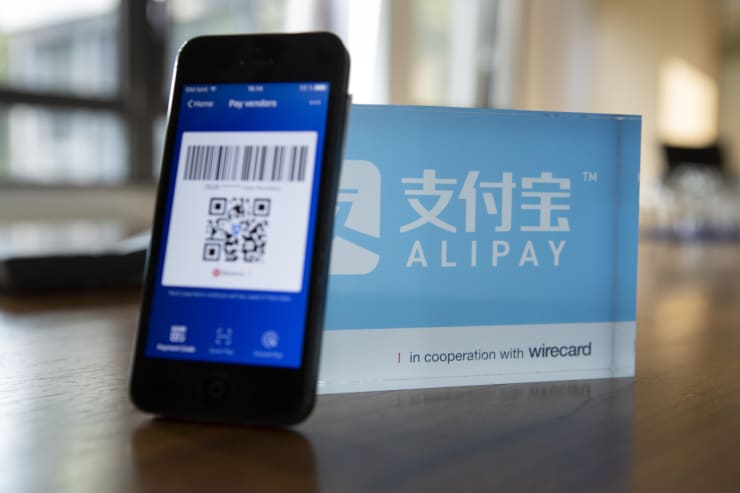 The eight-year deal will see Alipay accepted at venues where UEFA-sanctioned men’s national team events are taking place, including the Euro 2020 and Euro 2024 soccer championships.

Alipay is one of the biggest mobile payment services in China. Users link their bank account to the service and can then go into a shop, display the QR code in the app and have it scanned to complete a payment. It has over 700 million active users.

But, currently, it is only available to Chinese bank account holders. So the deal will be focused on Chinese tourists heading to UEFA soccer tournaments.

However, an Ant Financial spokesperson told CNBC that some of the company’s partner wallets could be involved in this deal. Ant Financial has invested in payments apps across Asia, including Paytm in India and Kakao Pay in South Korea. The company has several wallet partners across South East Asia.

Those will eventually be involved in the UEFA deal, allowing users from those countries to use the services for payments. No timeline was given for when the partner wallets would come online as part of the UEFA deal.

I think football (soccer) is a common language; it’s a universal language, everyone — irrespective of age, where you are, how rich you are — everyone can play football,” Eric Jing, chief executive of Ant Financial, told CNBC.

Ant Financial did not provide specific details about the products that would be included as part of the deal, but said the aim of the partnership was to “bring digital innovation to football fans, enhance their onsite experience and provide seamless payment and other services to fans in Europe and across the world.”

UEFA President Aleksander Ceferin told CNBC: “I think the future of football as future in principle is in digitalization and we are in Europe quite far behind concerning that, so we got a proper partner for that and I think we will do great things together.”

What do you want? | American Express Gold Card | Cinema

What do you want? | American Express Gold Card | Cinema