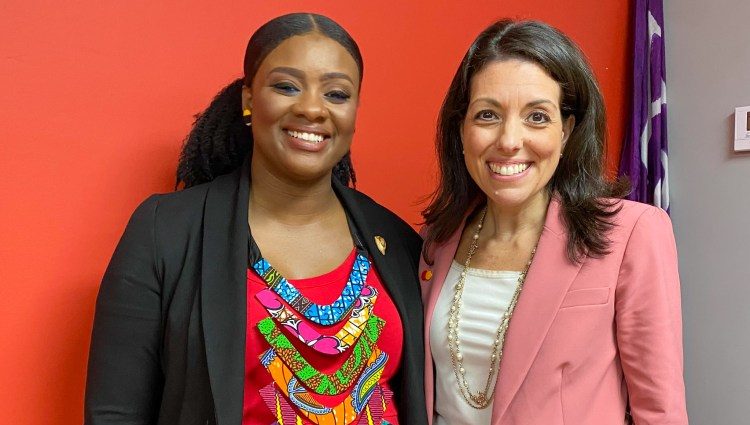 Happy Black Business Month!! MasterCard launched its In Solidarity pledge which is a commitment of $500 Million to grow and support blacks owned businesses. Birmingham AL was 1 of the 7 of the cities chosen and Ursula Smith Dance is excited to join MasterCard and be apart of their Priceless campaign!

Since its humble beginnings in 2004, Ursula Smith Dance has grown into a Birmingham institution, offering high-quality dance training to students of all ages as well as public performances. Here, Smith talks about what motivates her to keep creating—and the runaway success of her holiday spectacular, The Brown Sugar Nutcracker.

Ursula Smith Dance is much more than just an Alabama dance company. It’s a place where aspiring dancers who haven’t been fully represented in the dance world can realize their dreams.

That was the goal when Smith, an experienced dancer, teacher, and choreographer, first hung out her shingle in 2004, and it remains her mission 17 years later.

“What inspired me to begin was the need to see more exposure and opportunities to train in the performing arts for minority children, youth, and adults in my city,” she says. “I am just a person who desires to impact the city of Birmingham and the world by using my language of dance to empower and influence generations.”

While providing equal access to dance instruction will always be at the core of her philosophy, students quickly discover that her curriculum is serious, rigorous, and designed to produce results. With two decades of experience, Smith has a mastery of a variety of styles, offering training in jazz, tap, ballet, West African, Dunham Technique, Horton Technique, flamenco, and Afrobeat.

She also has a dazzling studio in a neighborhood she’s honored to be a part of: the Birmingham Civil Rights District.

“That moment will forever be tattooed in my heart, knowing that I am standing on the same ground that Rev. Fred Shuttlesworth, Rev. Martin Luther King, Rev. Jesse Jackson, and so many others walked,” she explains. “Knowing that the Children’s March was literally outside my doors, knowing that I am sitting in the legacy of Birmingham’s first Black millionaire, the legendary A.G. Gaston, means so much.”

Smith has faced numerous challenges along the way, most recently the coronavirus pandemic, which affects face-to-face businesses such as dance studios particularly acutely. Yet not only did Ursula Smith Dance survive: its founder used lockdown as an opportunity to find new ways to connect with audiences and students.

“The biggest challenge was having to pivot and adapt to the virtual world while keeping that in-person connection,” Smith says. “A lot of us became film directors to keep the work and connection going by creating virtual dance studios and classes.”

This Alabama dance company doesn’t just teach, of course. It also stages performances, such as Smith’s creative take on a holiday classic.

“Years ago I was inspired by two traveling Nutcracker productions that would come through Birmingham and got a firsthand look at how it impacted the community,” she says. “Kids were exposed to the performing arts outside of being part of a dance program or studio.”

“That was the beginning of The Brown Sugar Nutcracker, and I feel what I have done is unique because I made a cultural holiday experience for everyone to be inspired by,” she explains. “It’s our fourth year and it’s already a tradition—people from all over the southeast are looking forward to seeing it or being a part of it.”

While running a successful business has its own rewards, Smith is most gratified by seeing the effect of her work on the community.

“What is priceless to me is seeing the lives of people impacted as a result of what I do, whether it’s a performance, taking a class, or training, knowing that it will have a lasting impression on their lives,” she says. “I want people to know that if they ever witness any of my choreographic works that they will be visually inspired, emotionally touched, and spiritually uplifted.”