“The Square card extends our ecosystem by offering instant deposit,” Alyssa Henry, seller lead at Square said on a call with reporters. “You don’t need to transfer to a bank account, which is one less thing for a seller to have to think about.”

The fintech company is launching a debit card for small businesses that gives them immediate access to sales made on the Square payments system.
The move gets rid of the need for merchants to deposit funds from sales into their bank accounts, and instead encourages them to keep their money within the Square ecosystem.
This adds to the payment company’s growing suite of banking products. It refiled for a bank charter in December, which if approved would allow it to take customer deposits.

Square is launching yet another banking product.

The payments company announced a debit card for businesses on Thursday that lets Square sellers using its credit card processor get immediate access to money from sales. The product encourages merchants to keep funds with Square instead of depositing them into a bank account.

The product marks Square’s latest tiptoe into the banking world.

The San Francisco-based company in December refiled its application for a bank charter, which would allow it to take federally insured customer deposits. Through Square Capital, the fintech firm has slowly rolled out other bank-like products, such as small business loans and the ability to pay in installments.

Square already offers a Visa debit card linked to its popular peer-to-peer Cash App that CEO Jack Dorsey, who simultaneously runs Twitter, has said customers often treat like a bank account. Former Square CFO Sarah Friar, who left the company last year, also hinted at a move into banks’ territory and said that “anything you do today with a bank account, you should look to the Cash App to begin to emulate more and more of.”

Because the company can’t take deposits until it has a bank charter, Square partnered with Sutton Bank, which will store and insure the customer funds. Square executives underlined that the account itself is just a balance that you can move funds in and out of, and it is not FDIC-insured. 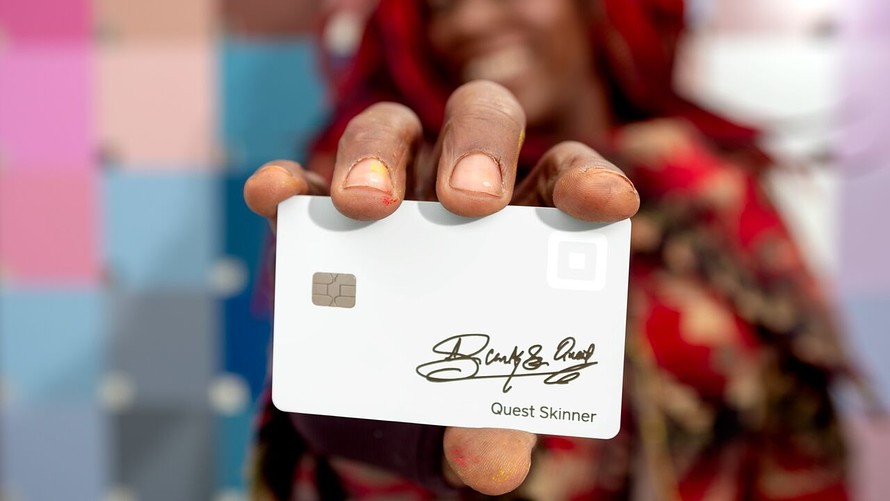 The company said it was solving a pain point for small businesses that otherwise had to wait multiple days to get access to money from a credit card sale.

“The Square card extends our ecosystem by offering instant deposit,” Alyssa Henry, seller lead at Square said on a call with reporters. “You don’t need to transfer to a bank account, which is one less thing for a seller to have to think about.”

Instead of depositing money into a bank account, then waiting those few days, the Mastercard debit card lets sellers spend that money immediately through the Square app. Sellers can also withdraw those funds at an ATM for cash purchases or expenses and see their cash balance in the same Square Point Of Sale system where they go to take a payment or see their sales records.

The company is incentivizing businesses to stay within Square’s own payments ecosystem. It offers a 2.75 percent discount on debit card purchases with other Square sellers. The debit card is not linked to Square Capital or the Cash App but that is likely to change.

For now, “there is no integration between Square Capital,” Henry said. But she said to expect more “ecosystem overlap” in the future.

Others in the payments space are paying attention.

CEO of Fiserv, which said this week it will buy payment processor First Data in a $22 billion deal, highlighted Square on its own earnings call and acknowledged the growing competition. First Data’s credit-card processing terminal competes directly with Square’s.

“A lot of banks especially in the community spaces are worried about companies like Square,” Fiserv CEO Jeffery Yabuki, who will become CEO and chairman of the combined company, said on the earnings call Wednesday. “And what do you do where Square has a growing, rapidly growing, point-of-sale lending business and that’s going to take money out of the revenue line of the banks.”