Flexigroup chief executive Rebecca James described it as a “category killer” in the buy now, pay later market which grew 250 per cent last year. “By putting it on Mastercard rails, and giving (customers) the ability to use that functionality literally for anything and anywhere, it’s like a debit card on steroids really,” she said.

Flexigroup has turned up the heat in the buy now, pay later sector with a Mastercard partnership that promises to disrupt the business model of market leaders such as Afterpay by not charging retailers for the service.

It allows customers to buy now and pay later for everyday purchases and bundle it into a single instalment payment plan. 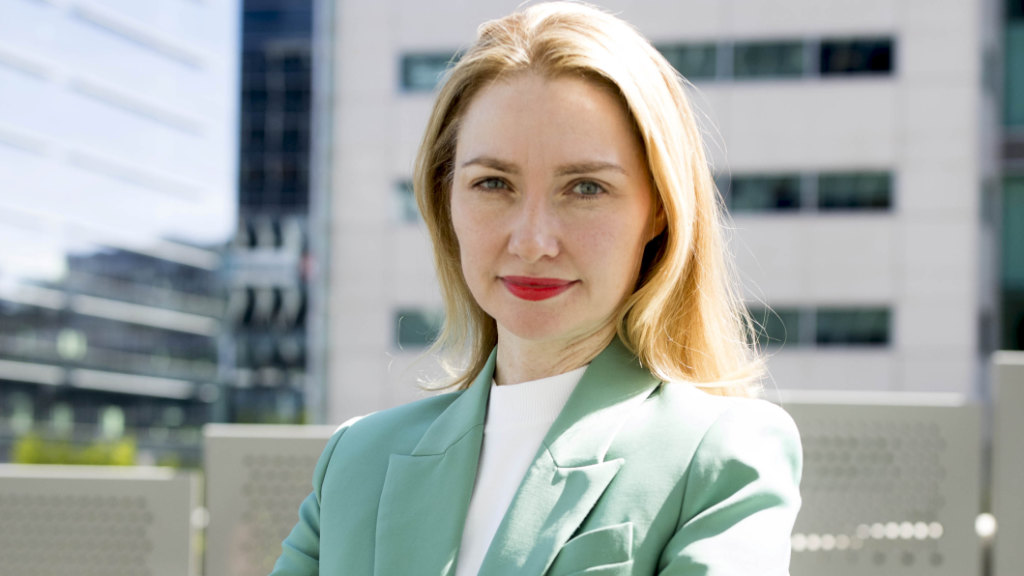 “Bundll is expanding the addressable market by targeting the Millennial shopper who wants control over how they pay, where they shop and when,” Ms James said.

“By putting it on Mastercard rails, and giving (customers) the ability to use that functionality literally for anything and anywhere, it’s like a debit card on steroids really,” she said.

Tamim Asset Management’s Ron Shamgar, which owns Flexigroup shares, said the company is showing the benefit of its recent reorganisation into a simpler business proposition. He also said it was cheap compared with its rivals such as Zip and Afterpay.

“Why we like it is because there is a valuation discrepancy that is going on,” he said.

Afterpay investors were not phased by the news. The stock closed 8 per cent higher at $25.87 on Tuesday with investors pointing to the announcement of big merchant wins in the US – J. Crew and Ultra Beauty – ahead of its financial results on Wednesday.

“Like many other investors we will be looking closely at its US figures and forward outlook to gauge whether its positive momentum in the US can continue,” said Ophir Asset Management’s Andrew Mitchell which owns Afterpay shares.

One key advantage for Flexigroup’s Bundll product is that it is free to both merchants and customers – to a point.

Whereas Afterpay charges merchants a fee of up to 6 per cent for its service, Bundll relies on the interchange fee – which banks charge each other for card-based transactions – to cover its two weeks interest-free period and then starts charging the customer.

This is a similar model to that used by the Commonwealth Bank-backed Klarna for its new US app that also allows customers to shop anywhere.

Providing the service free to merchants means Flexigroup will also skip the margin compression it is noticing at the lower end of the buy now, pay later market.

The Bundll service is due to launch in the second quarter of this financial year ahead of the busy Christmas shopping period.

Ms James said the company was starting to see green shoots from the turnaround strategy it announced in February which saw the company simplify its product range and bring in John Wylie as an investor with a $25 million raising delivering a 5 per cent stake and a board seat for the investment banker.

Flexigroup reported a cash net profit after tax totalling $76.1 million for the year to June 30. The company’s turnaround revamp is designed to address struggles the consumer credit provider has had in recent years with low growth and problems in its commercial leasing business.