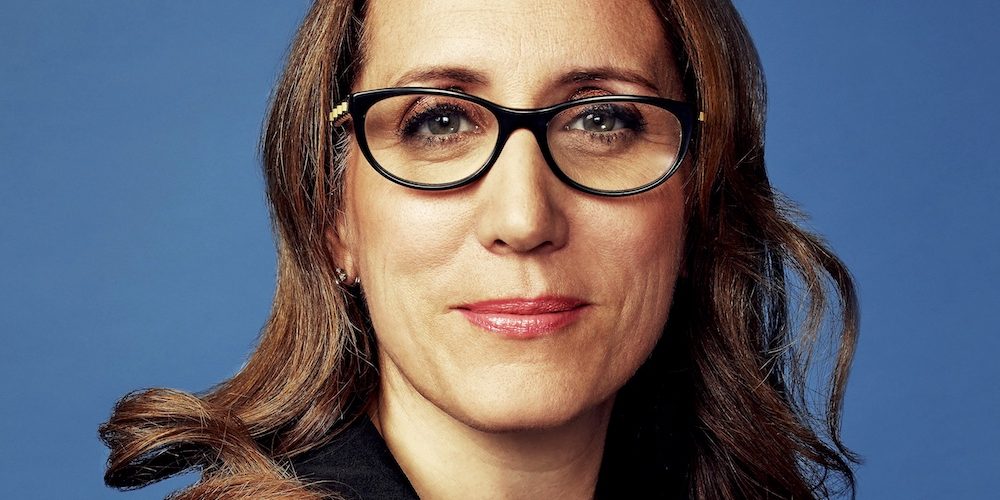 International Women’s Day: A Conversation on Diversity, Culture and Business

In celebration of this year’s IWD theme, #BalanceforBetter, and in an ongoing effort to create a more inclusive and diverse workforce, PayPal’s Louise Pentland invited five female CEOs and business leaders to share their insights on how to create a more gender-balanced world.

International Women’s Day with PayPal: A Conversation on Diversity, Culture and Business

On International Women’s Day 2019, we recognize that correcting gender imbalance is not simply a women’s issue; it’s a business issue.

In celebration of this year’s IWD theme, #BalanceforBetter, and in an ongoing effort to create a more inclusive and diverse workforce, PayPal’s Louise Pentland invited five female CEOs and business leaders to share their insights on how to create a more gender-balanced world.

And, starting with International Women’s Day, PayPal is making a pledge with Free the Bid to support women in the film industry. This video was shot by an all-female camera crew and production team.

Meet the women shaping the future of retail.From revolutionizing the bra industry to creating a community of 13 million cooks, these women are innovators as much as they’re entrepreneurs.

In honor of International Women’s Day on March 8th, PayPal is showcasing extraordinary female-led brands and the inspiring women who founded them, as well as a selection of donation-worthy, inclusive charities. Purchase with any of the below merchants and PayPal will donate $2 (up to $30,000) to PayPal Giving Fund for every eligible transaction in support of these charities.

Meet the women shaping the future of retail.

From revolutionizing the bra industry to creating a community of 13 million cooks, these
women are innovators as much as they’re entrepreneurs. From March 1st through the
23rd, we’re supporting inclusive charities with every eligible purchase from one
of the female-led brands below.

Heidi Zak
Co-Founder & CEO
Heidi Zak is the Co-Founder and Co-CEO of ThirdLove with the mission of building a better bra and has since been named among Fortune’s 40 Under 40. Since 2013, more than 12 million women have used ThirdLove’s innovative Fit Finder™ to find a bra in one of the brand’s 78 sizes, including exclusive half-cups. Prior to launching ThirdLove, Heidi was at Google, Aeropostale, McKinsey and Bank of America.

Blythe Harris
& Jessica Herrin
Co-Founders, CCO and CEO
While expecting her first child, Jessica launched Stella & Dot in her living room with a simple goal: to help women be their own bosses, on their own terms.
With a background in luxury design, Blythe leads the company’s in-house design team. Since launching in 2004, Stylists have earned more than $500 million in flexible commissions—and they’re just getting started.

Zandra Azariah Cunningham
Founder & CEO
At 18, Zandra is an entrepreneur, author, and philanthropist. Her brand focuses on giving back, confidence and promoting inner beauty for young women. Zandra supports education for young girls by donating 10% of her net profits.

Dakota & Jesse Brant
Co-Founders
Sapling & Flint was founded in 2017 by Mohawk Nation twin sisters & designers Dakota & Jesse Brant, with the ambition of becoming Canada’s first nationwide wholesale jewelry manufacturer that is Indigenous-owned and operating on-reserve. Canada and the USA have an over 400-year history of silver trade between Indigenous peoples and new settlers and with each quality piece, Sapling & Flint is helping customers bring that vibrant history home.

Cécile Reinaud
Founder & CEO
After seeing her pregnant friends and coworkers struggle to find stylish, office-appropriate maternity clothes, Cécile Reinaud decided it was time to create a line of her own. She founded Seraphine in 2002, and has since become the go-to brand for expecting celebrities, royal fans and women around the world.

Amanda Hesser
& Merrill Stubbs
Co-Founders, President & CEO
For Amanda Hesser and Merrill Stubbs, there’s no such thing as having too many cooks in the kitchen. The two met while working on The Essential New York Times Cookbook, and are now sharing their deep history of culinary expertise with a community of 13 million kitchen and home enthusiasts at their James Beard Award–winning website, Food52.

Funlayo Alabi
Co-Founder & CEO
Funlayo and her husband found themselves looking for products to help their kids with dry and eczema prone skin. They decided to create their own, sourcing Shea Butter directly from women-run collectives in West Africa. This has provided access to food, clothing and education for these collective’s families making a meaningful impact in the lives of these women.

Shelley Jones
Founder & CEO
It wasn’t until Shelley Jones bought a kantha quilt for a wedding gift that she realized it could become a business. Soon after, in 2012, the stay-at-home mother of two launched Dignify—a company that sells ethically made, one-of-a-kind kantha quilts, and in return, helps support the previously at-risk Bangladeshi women who make them.

Hayley Mullins
Inventor
Inspired when her newborn fell during skin-to-skin, Hayley Mullins designed and patented a simple product designed to naturally mimic the womb. Partnering with her sister, Ashley Wade, the two launched Joeyband, a support that helps improve breastfeeding outcomes, increase skin-to-skin, and prevent infant falls. Used in 150+ hospitals, Joeyband helps ease the transition from womb to world… for mom and baby.

Trisha Giles
Founder & CEO
Trisha Giles started Whipin Wild Rags in February of 2017, and immediately after, what started as a side hustle quickly turned into an all-consuming passion. Trisha fell in love with the challenge of creating her line of luxury western scarves and scaling her business. Now, two years later, Whipin Wild Rags are a fixture at rodeos and western events all across the U.S.