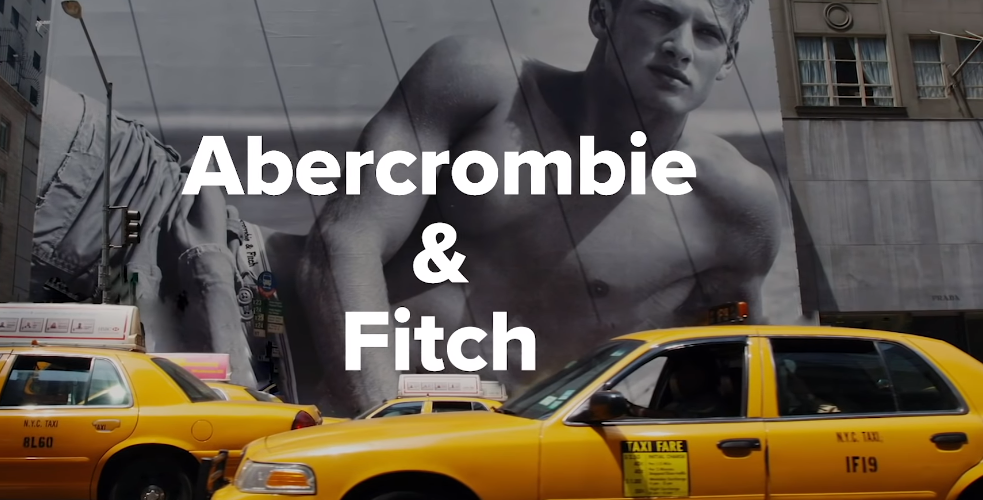 Can Abercrombie And Fitch Make A Comeback?

Abercrombie & Fitch was one of the most popular stores for teens in the early 2000s. But after a couple missteps and controversial remarks from the CEO at the time, the brand image plummeted. Now Abercrombie is trying to catch up with its competitors.

Can Abercrombie And Fitch Make A Comeback?

Abercrombie & Fitch was one of the most popular stores for teens in the early 2000s. But after a couple missteps and controversial remarks from the CEO at the time, the brand image plummeted. Now Abercrombie is trying to catch up with its competitors.

Abercrombie & Fitch and Hollister were the go-to teen retailer early 2000s, where shoppers would buy the trendiest flannels, tees and jeans. But throughout the years, controversies surrounding the company have piled up.

In 2013, comments resurfaced from a 2006 Salon article, in which former CEO Mike Jeffries’ said the retailer would only sell clothes to attractive people. Abercrombie & Fitch fell to the fourth most popular brand among upper income teens in 2006, 6th in 2009, and fell off the charts after 2014, according to Piper Jaffray.

Now, the company is staging a turnaround, by transforming its image and ethos. Instead of excluding those who who didn’t fit Abercrombie’s style, the company has adopted a more inclusive attitude, as consumers continue to value socially conscious brands.

“We are a very different company than we used to be,” Fran Horowitz, who was named CEO in 2017, said in an interview.. “We are a much more inclusive company, we are closer to the customer, we’re responding to the customer wants and not what we want them to want.”

In April 2018, Horowitz, laid out a four-prong vision for the company. Her plan includes redesigned stores that are open, a more responsive supply chain, a seamless shopping experience online and off, and boosted loyalty programs. If you haven’t been paying attention, the company might be unrecognizable.

There are signs that consumers are responding well to the changes. In Piper Jaffray surveys, Hollister’s popularity among teens has been steadily rising, and was ranked fourth among all clothing brands most recently.

But in the first quarter of 2019, Hollister reported same-store sales growth of 2%. That missed analyst expectations of a 3.3% growth, sparking a selloff of A&F shares and led investors to worry that momentum and the company’s crown jewel was slowing.

The holiday season may prove to be a pivotal point. If sales at Hollister continue to slow, investors might double down on the belief that the brand is losing steam. If sales accelerate, however, that may indicate Horowitz’s initiatives are winning over shoppers — who’ve decided to give the retailer another chance. Abercrombie’s stock has grown 36% since Horowitz took over in February 2017, but has also fallen around 22% since January. The company has a market cap of around $971.5 million.

Abercrombie & Fitch Co. continues to make shopping so much smoother with Klarna

Abercrombie & Fitch Co. customers in the U.S. can now split up the cost of their clothes and accessories thanks to flexible payments provider Klarna

This alternative payment method provides shoppers with greater choice and flexibility in how they pay online, and ultimately, increases purchase power. With Klarna’s innovative payment services and A&F Co.’s quality attire, shoppers never need to miss out on the latest collections and have the freedom to control when and how they pay for their purchases.

The expansion of this partnership to the U.S. comes after A&F Co. saw success with Klarna’s Buy Now, Pay Later service among its customers in Germany, giving shoppers up to 30 days to pay after their order has been delivered. This evolved partnership with Klarna is part of A&F Co.’s continued investment in its online and digital capabilities, as well as its ongoing focus on enhancing the overall customer experience.

Michael Rouse, Chief Commercial Officer at Klarna, said: “Abercrombie & Fitch Co. is a prime example of a global, fashion-forward brand, and with this exciting partnership we aim to create the smoothest shopping experience ever. Klarna is currently serving over 60 million consumers and partnered with 170,000 merchants globally – and so we are excited to help Abercrombie & Fitch Co. deliver a seamless checkout experience in the U.S. and to continue to meet its customers’ growing needs.

Matt Weger, CIO at Abercrombie & Fitch Co., added: “Our customers are the center of everything we do, and a forward-thinking approach is crucial when it comes to ensuring our brands evolve with our customers. We are excited to provide an enhanced, seamless checkout experience with expanded payment options through our partnership with Klarna. It hits the mark for what our customers need.”