Global digital payments giant PayPal is looking to expand its presence in India to capitalise on the increasing use of online platforms for financial transactions. The company, which has been offering cross-border payments in India for close to a decade, recently launched its domestic operations in India. While PayPal has faced issues with banking regulator Reserve Bank of India in the past, it is now exploring ways to get into areas like mobile wallets. BusinessLine was recently invited to visit PayPal’s headquarters in San Jose, California, where the company showcased its services in the US market, some of which could make its way to India. During the visit, PayPal’s President and CEO Dan Schulman was not available for a face-to-face interview, but he responded to some questions sent over e-mail.

THOMAS K THOMAS
The Hindu BusinessLine
(This article was published on November 19, 2017)

RBA warns banks on tap-and-go payment costs.
The Reserve Bank is warning banks they risk facing further regulation if they fail to address retailers’ concerns over the mounting cost to merchants from tap-and-go payments made on debit cards.
As consumers embrace contactless payments, the retail industry estimates its costs from processing purchases made on debit cards have risen by hundreds of millions of dollars.

Visa is partnering with several banks to begin processing bank-to-bank test transactions as it prepares for the 2018 commercial launch of Visa B2B Connect, a platform it’s developing to give banks a secure and fast way to process cross-border business-to-business (B2B) payments.

Double Win for Vocalink at the 2017 Payments Awards.
Vocalink, a Mastercard company, was last night awarded with the Overall Winner and the Payments Infrastructure of the Year Award at the 5th Annual Payments Awards[i] for its significant contribution to the payments sector globally.
The awards recognised recent global successes for Vocalink including this week’s launch in the US of RTP®, the transformative real-time payment system for The Clearing House, as well as the overwhelmingly successful launch of PromptPay in Thailand earlier this year.
In the UK, Vocalink was recognised for its support of up-and-coming challenger banks and financial institutions through its payment gateway product PayPort.

With the new feature addition, Samsung Pay users will be able to use their devices to pay at merchants that support UPI payment system by scanning Bharat QR code. With the new feature rollout, merchants can get barcodes through the government’s Bharat QR Code initiative. For those who are unaware, UPI is a nationwide payment interface that allows users to easily transfer and receive funds by simply registering their mobile phone number and bank account. The service went live in August last year and is interoperable between banks, meaning that the sender and recipient can have an account in any bank and still a fund exchange can take place. Apart from Bharat QR code support, Samsung Pay app is also getting Android O compatibility with the latest update.

Global payment firms ready to cut more cheques in India.
Several payment multinationals have established their presence in the country, having already racked up multiple acquisitions and investments over the course of the past 12 months.

NEW DELHI|BENGALURU: Global payment majors are readying their cheque books, as they scout for deals in India, targeting ventures that will allow them to expand their bouquet of financial products and services to consumers in Asia’s third-largest economy. Payment multinationals such as US-based Ebix, Naspers-backed PayU, France’s Ingenico Group and PayPal are among those that have established their presence in the country, having already racked up multiple acquisitions and investments over the the course of the past 12 months, and are actively holding conversations.

Garmin is synonymous with sports wearables and GPS navigation devices, and the company joins a growing throng of companies that have introduced their own payments service to mobile devices.

Powered by FitPay, a white-label contactless payments platform aimed at the burgeoning wearables and internet of things (IoT) markets, Garmin Pay allows Vívoactive 3 owners to manually add their Mastercard or Visa bank card to the Garmin Pay wallet and then pay for goods by simply scanning their NFC-enabled wrist at the point of sale.

American Express, Santander team up with Ripple for cross-border payments via blockchain.
Payments made by American Express’ business customers on its FXIP platform will now be routed through Ripple’s enterprise blockchain network.
The blockchain project will initially allow customers in the U.S. to make instant, traceable cross-border payments with U.K. Santander bank accounts.
Ripple said that its cryptocurrency, XRP, will “come into play” as a means of speeding up payments later on down the line. 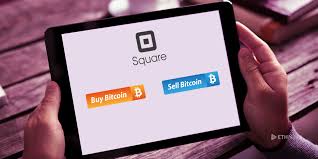 (Reuters) – Payments company Square Inc (SQ.N) said it has started allowing select customers to buy and sell bitcoins on its Cash app, as it looks to tap into a craze that has sent the cryptocurrency up nearly sevenfold this year.

Infibeam gets RBI nod, eyes B2B payment platform, GeM for big bucks.
GANDHINAGAR, NOV 15:
Leading e-marketer Infibeam Incorporation Ltd, on Wednesday, said it has been granted an in-principle license by the Reserve Bank of India (RBI) for B2B payment of utility and services bills across India through its CCAvenue payments platform.

With increasing digital payments, CCAvenue, which powers 85 per cent of e-commerce merchants and offers over 240 payment options in India, will soon have the Bharat Bill Payments Systems (BBPS) facility for utility and services bill payments from this platform, said Vishal Mehta, Managing Director, Infibeam. The company has already commenced enrolling agents for this purpose and will launch a new B2B app shortly.

The Hindu BusinessLine
(This article was published on November 15, 2017)

How Sodexo Is Moving From Coupon Booklets to Cards and Mobile Payments.
In its 20th year in India, Sodexo has had to adopt a digital approach replacing the famous paper vouchers that the company used until now. The RBI declared that prepaid meal vouchers, like Sodexo and Ticket Restaurant, must go digital by the end of 2017, and Gadgets 360 caught up with Suvodeep Das, Vice President of Sodexo, to learn more about how the company is tackling this.

Even before the RBI’s mandate though, a number of startups had been experimenting in this space, with the aim of becoming the new age Sodexo replacement. On its part, Sodexo itself partnered with one such company – Zeta – to add digital solutions to its offerings earlier this year.

New York, NY (November 14, 2017) – Yesterday, The Clearing House (TCH) launched RTP®, its real-time payments system, the first new core payments infrastructure in the U.S. in more than 40 years. The new RTP system was designed and built through the collaborative effort of TCH’s 25 owner banks and meets the objectives of the Federal Reserve Faster Payments Task Force. RTP is open to all U.S depository institutions with a goal of reaching ubiquity by 2020.

The first ever real-time payment on the system was initiated between BNY Mellon and U.S. Bank yesterday evening. They will be very shortly followed by Citi, J.P. Morgan, PNC and SunTrust, who together represent the Industry’s earliest adopters of RTP.

Indian consumers keen to adopt to digital payment solutions: Visa.
Millennials are more likely to use digital payments for everyday essentials. Cash usage continues to decline marginally from around 33 per cent last year, to 31 per cent currently.

MUMBAI, NOV 14:
Global payment solutions company Visa today said there is a high inclination among Indian consumers to embrace new forms of payments, according to a study.

The Hindu BusinessLine
(This article was published on November 14, 2017)

Samsung Rewards: Growing Big in Year One, with a Preview of the Year Ahead..
At most birthday parties, guests bring the gifts. But on the one year anniversary of Samsung Rewards, we proudly look back on one year of success and lift the curtain on the year ahead.

We created Samsung Rewards to give back to consumers who use Samsung services such as Samsung Pay, Ask an Expert on Samsung Health, Samsung Internet and Bixby. Users earn points towards a variety of items, including a Samsung Rewards card which can be used towards purchases anywhere Visa debit cards are accepted.

In a patent application released last week by the U.S. Patent and Trademark Office, the company describes a blockchain-based database capable of instantaneously processing payments, guaranteeing that merchants don’t need to wait days before receiving funds for their products.

Why Mobile Payments Are Still So Hard for J.P. Morgan.
The bank has spent $100 million on its latest attempt to capture a market now dominated by technology firms and non banks.

J.P. Morgan Chase & Co., run by chairman and CEO James Dimon, has made numerous splashes to promote its mobile offerings, including a television spot featuring a ping-pong playing Serena Williams. But the payoff has yet to come.

FROM THE TUBE – PTO